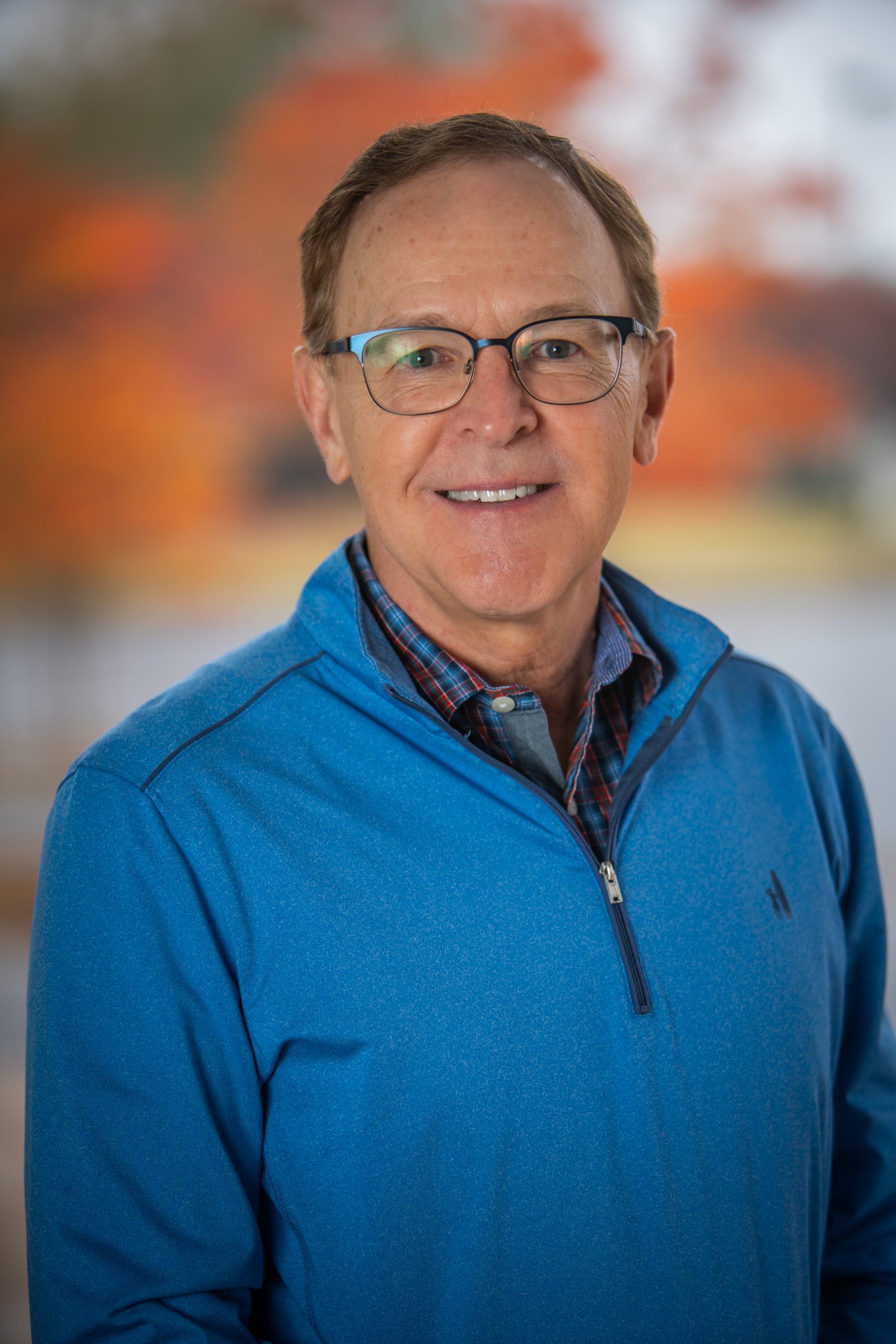 Jeff has a long history with Holland Park. He and Cindy have served this church on two other occasions for a total of 25 years. They love this community of faith and are excited to discover and experience God’s amazing plans for the future. Jeff truly believes that the most beautiful and powerful force on the earth is the church of Jesus Christ. They have two sons (married to wonderful ladies) and three gorgeous granddaughters. He enjoys sports (especially golf, football and basketball). He is a huge Beatles fan and a “wannabe” jazz guitarist. Jeff has committed his life to pursuing Jesus and teaching the transformative grace of God. 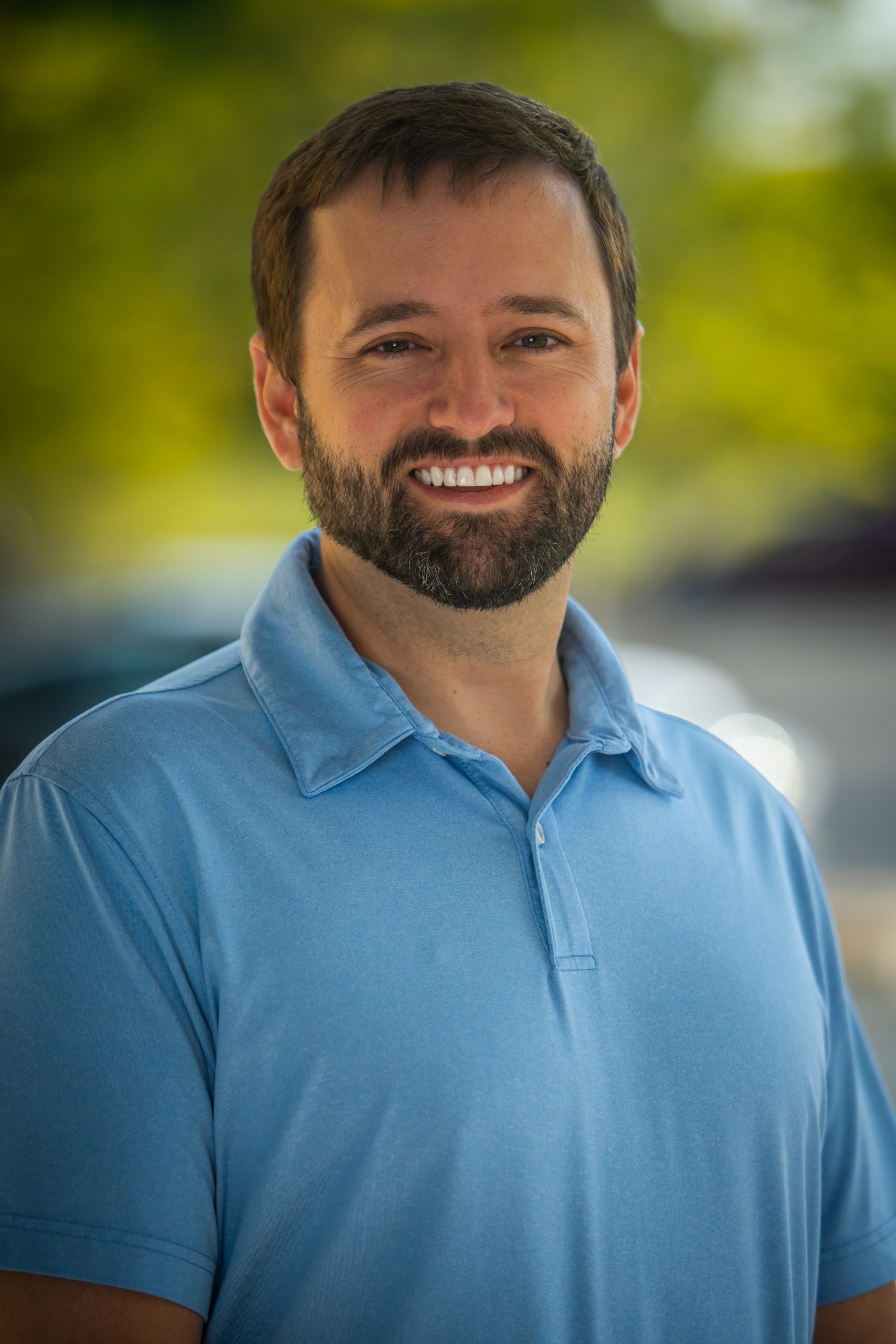 Ryan grew up in Montgomery AL and joined Holland Park (then Northeast) as a youth intern in 2003. His wife, Sarah, grew up at Holland Park and spent most of her life in Greenville. They moved away in 2012 as Ryan left a career in civil engineering to go into full time ministry. Ryan has served as a minister in west Texas and most recently in Alabama before returning to Greenville to go back into full time civil engineering 2020. He works for Freeland & Associates Engineers and Surveyors, and pursues his other passion of preaching part-time here at Holland Park. Ryan and Sarah have four young children – George, Henry, Katherine, and Matthew. Ryan loves spending time with his family, camping, hunting, fishing, and most sports. He is a weird Clemson grad who says Roll Tide! His family is so excited to be a part of the Holland Park church family. 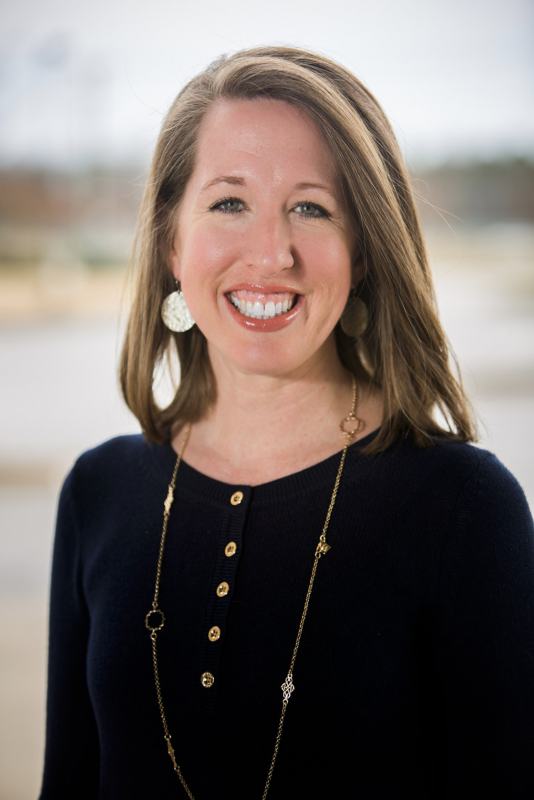 Cassie Parker joined the Holland Park staff in January 2016. After almost 16 years of teaching in the public school system, she followed a very clear calling to be involved in the children’s ministry.

Cassie grew up in Greenville and then went away to Rhodes College in Memphis, TN for 4 years to study psychology and education. She couldn’t stay away from Greenville for long, and returned in late 2000. In 2004, she married her best friend, Dave, and they now have two precious kiddos, Lauren and Taylor.

In her spare time, Cassie loves to garden, bake/try new recipes, read, travel, thrift shop, Netflix binge, and go on family outings to the lake or mountains with her husband and children. 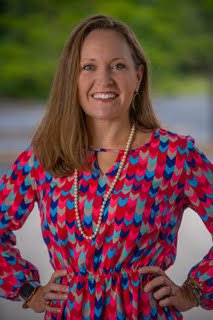 Terra joined the Holland Park staff in July 2021. A minister’s daughter who grew up all over the South, she attended Freed-Hardeman University and Furman University. She and her husband Jason have one son, Jonas, who is in elementary school. Jason’s family has been a part of our congregation since the 1970s, and Terra joined both in 2008. She works full-time as an accounting manager for Interim Healthcare and helps run the family business, Sliced Tomato Productions, in her spare time. 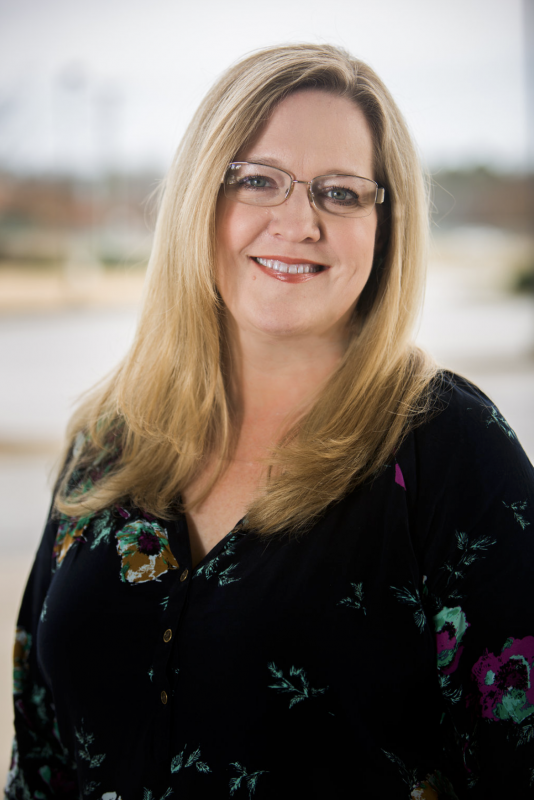 Angie joined the Holland Park Staff in April 2011. She was previously a designer with Gerber Childrenswear. She acquired her degree in Commercial Design from DLU in 1988.

A native Tennessean, Angie moved to Greenville in 1995. She has a daughter, Adrianna, who is married to Connor and lives in Hampton, VA. They have a toddler son, Grant. Angie also has a son, Jacob, who is a Flight Attendant.

Having been a member of this congregation since ’95, Angie has been involved in various ministries and events.

Angie loves to read, listen to music of all genres, and spend time with family and close friends.

Our Shepherds and their Wives 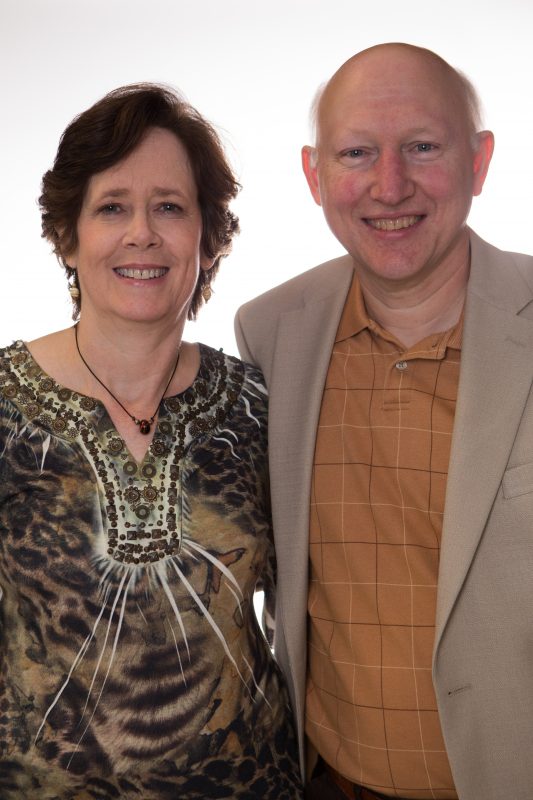 David and Linda have been members at Holland Park Church (formerly Northeast Church of Christ) since moving to Greenville in 1983. They met in college at NC State as part of the campus ministry at Brooks Avenue Church of Christ. They were married in Blacksburg VA in 1980 during David’s final year of graduate school at Virginia Tech. David is a polymer chemist with Celanese and Linda is retired. They have one married daughter.

HPC has been at the center of their lives over the 27 years as they have sought to serve the Lord and others. Linda is a long time teacher in the children’s ministry, has worked in various ministries serving those in need and is currently a volunteer in the Lunches of Love program. David enjoys studying the word and sharing that study in teaching adult classes and life groups. He also currently serves as the treasurer for HPC. 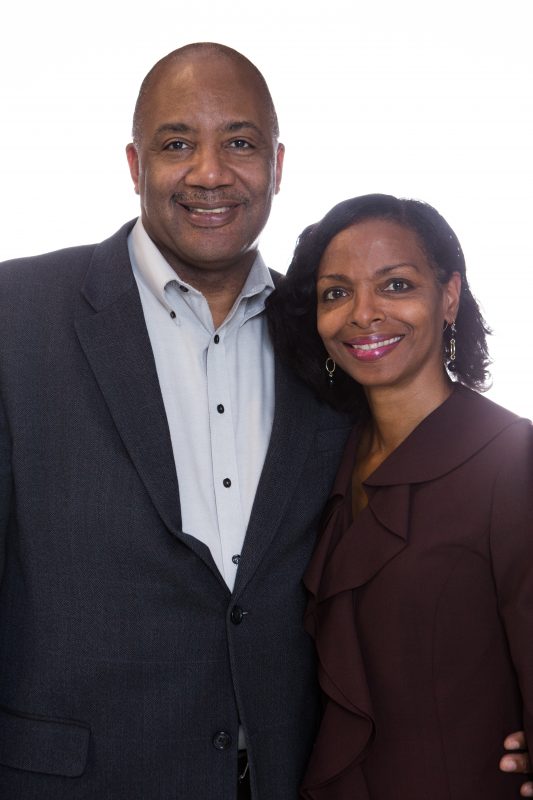 Marcus and Wanda were married in Houston, Texas in 1984 and have been attending Holland Park since 2005. Wanda was raised in the Houston area and Marcus is a native of Atlanta. They both grew up in Christian homes and Marcus was introduced to the Church of Christ through his relationship with Wanda. Marcus and Wanda are graduates of Vanderbilt University and Stephen F. Austin University respectively. They have two sons, Derek and Quentin.

The Williams have been blessed to live and worship in various cities in the U.S. and have worked and lived abroad. This has facilitated a strong family bond and openness and caring for others regardless of race, culture and social status. Marcus is employed with Michelin North America and has held numerous positions in Sales, Marketing and Human Resources. 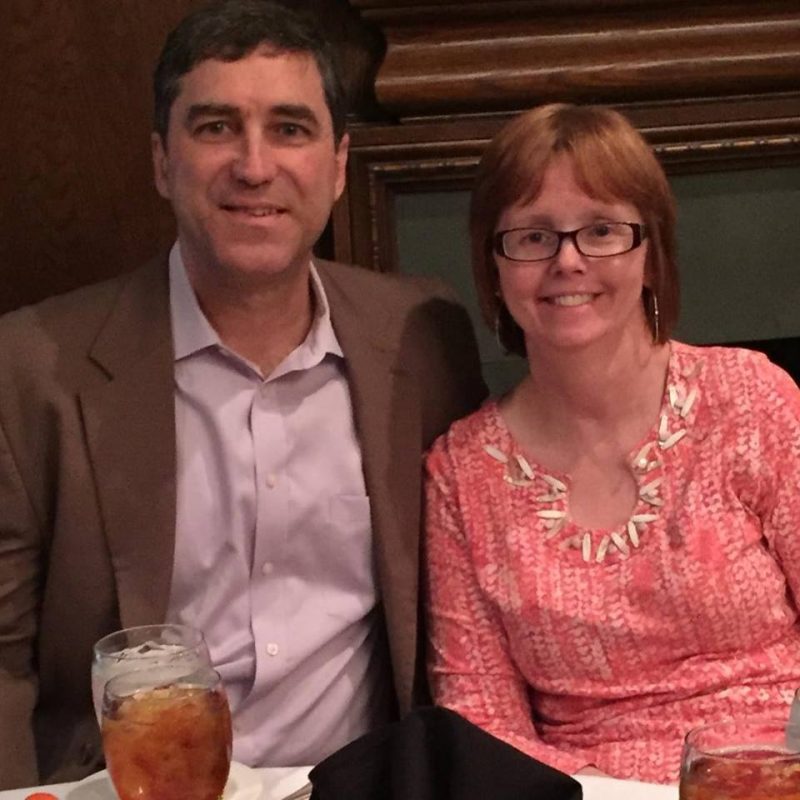 Dale Midyette grew up in eastern North Carolina with two brothers who took turns with him in going to Sunday School and helping their Dad on the Farm. Pat “grew up in the Church of Christ” and was there “every time the door was open.” She was baptized when she was 12 years old. They met, fell in love, got married, and started a family before moving to the Greenville area in 1985. They started attending Holland Park Church (formerly Northeast Church of Christ) the next year. Dale was baptized soon after.

Dale and Pat have three children and two grandchildren. They have served in various ministries over the years including Foster Parenting, Nursery, Children’s and Adult Education, Men’s and Ladies Ministries, and Life Groups. Dale works at Jacobs Engineering and Pat at Rogers Stereo. They are thankful for the blessings that God has poured down on their family and on Holland Park Church and for the opportunity to serve. 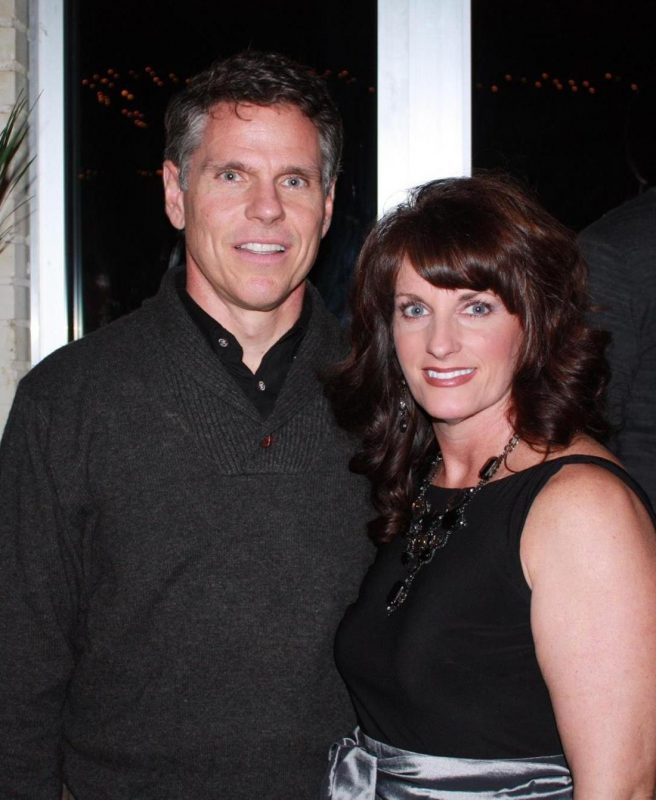 Todd and Gina have been members of the Holland Park Church Family since their marriage in 1989. They met while attending high school in Villa Rica, GA and were married at the Bremen Church of Christ following Todd’s graduation from Georgia Tech. They moved to Greenville so Todd could begin a sales career with Johnson Controls. Gina worked in several administrative positions until the birth of their first son, Capp, in 1994. Christian was born in 1998. They are blessed to be partners in Total Comfort Solutions which solves air conditioning problems for businesses across South Carolina and Georgia.

Todd and Gina both grew up in Christian families. Todd was baptized as a high school junior. Gina was baptized at Holland Park’s predecessor-Northeast Church of Christ. Todd has served as a deacon, taught classes and shared in leading the construction of our new church on Holland Road in Mauldin. Gina has especially enjoyed teaching the children of our church and participating in the women’s ministry. They have been blessed to raise a Christian family through the nurturing and support of Holland Park Church. 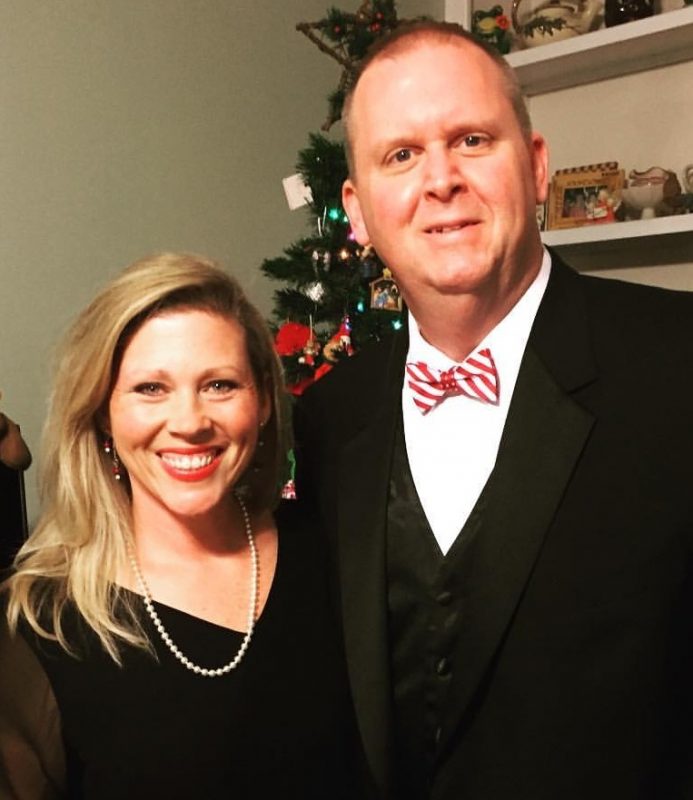 Originally from Alabama, Sam and Shannon became friends while growing up in the “youth group” at Landmark Church of Christ, and they later married in 1994. They lived in Nebraska for a few years before returning south, and they have lived in South Carolina since 1996. Sam and Shannon have three children (Caroline, Alex, and Eli), and the entire family is actively involved with many ministries at Holland Park.

Shannon works with preschool children, and Sam works in the legal system to help abused and neglected children in South Carolina. They are honored to work and serve at Holland Park Church.

We are so blessed to have deacons and ministry leaders serving in areas they are passionate about. Contact these people to find ways and opportunities to serve both in our church and in the community.

Our office will be closed on Monday, the 16th, in

Please plan to be at HPC for our annual Candleligh

This a reminder that on Sunday, clocks go BACK one

Just a reminder that our annual Fall Fest will be

We hope you have a safe and peaceful Labor Day! Ou